How to Calculate an Anesthesia Stipend

There are many methods that can be used to calculate an anesthesia stipend. In the end, the method you choose shouldn’t matter, as long as all the variables used are identical. 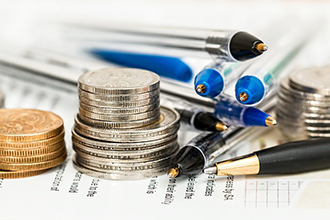 Generally, if the cash collected in this equation is greater than the cost of the services provided, plus a profit margin, no stipend would be necessary.

Let’s use this simple, fictional scenario as an example, and then we can then move into more complex variables:

A CRNA has an exclusive contract to cover all cases at a rural hospital.  The CRNA’s costs per day, plus a 15% profit margin, is $500.  The rural hospital has a very low case volume and averages only 2 cases per day.  The payer mix at this facility is heavily weighted toward Medicare and Medicaid patients.  The average case reimbursement is $200.  Using our equation, let’s plug in the variables:

In order for the CRNA to be able to practice at this facility without having to take money out of his or her own pocket to subsidize the facility, the facility will need to pay him or her $100 per workday to maintain profitability. That doesn’t seem too complicated, so why can this often turn into such a complex situation?

Swings in your case mix can quickly affect cash collections. Anesthesia is paid based upon units multiplied by a conversion rate. Units are made up of two components. The first is a time component—every 15 minutes equals one unit. The second is a base value per surgery, where each surgery (depending on the level of complexity) has a base unit ranging from 3 to 13 units. The more complex a surgery is, the higher the base value will be. Thus, changes in the types of surgeries performed can have a notable impact on collections.

Facilities may decide that they want a certain level of anesthesia coverage that results in poor utilization of the anesthetist’s time. This could be call coverage for emergency departments, OB deliveries, or other specific facility requests. These low utilization scenarios almost always result in the need for a stipend.

On-time starts are incredibly important. Cases should always try to be scheduled in prime hours, and they should start when scheduled. Delays in cases due to personnel arriving late or carrying out inefficient pre-op processes decrease utilization of the anesthetist’s valuable time. Cases that occur in non-prime hours are more expensive due to overtime rates. These minutes can quickly add up to several hours over the course of a week.

New federal regulations that are driving reimbursement from a volume based model to a value based model will have major implications on future collections. Many rural, low volume facilities that require anesthesia subsidy payments contract with small anesthetist groups that don’t have the capacity and resources to deal with the many upcoming changes in rules and regulations. These groups will inevitably begin to see their Medicare collections decrease.

At first glance, it’s easy to see how an anesthesia stipend can be quickly calculated. However, as with any calculation, the more variables that are added to the equation, the more complex and confusing the scenario becomes. DPI’s expertise in calculating anesthesia stipends has proven to be valuable to many of our clients and partners. After receiving the variables detailed above, we would be glad to help you determine if the anesthesia subsidy you are paying is in line with current market levels.